A discussion between the artist's inner critic and believer. Naked but dressed, honest but sarcastic, private in public and funny in a tragic way, the artist lets the viewers dip their toes in the dark waters of her doubts.


PART 1: OPENING PERFORMANCE CAN YOU PULL IN AN ACTOR WITH A FISHOOK OR TIE DOWN HIS TONGUE WITH A ROPE? Sound Play by artist Rana Hamadeh and Presentation by Theodor Ringborg.

PART 2: CARNIVALS OF GRIEF AND SHRINES TO DEMOCRACY

A trialogue between curator Claire Tancons (New Orleans), artist Florian Göttke and folklorist Jack Santino. In an analysis of unbridled, uncensored and uncouth behaviors, and representations at the edge of tolerability, they will break down the dichotomic debate between freedom of speech and multicultural sensibility with this in-depth look at the theatre of the streets. What happens when humor is displaced on the terrain of terror and the popular imagination finds grief in carnivalesque laughter while erecting shrines to democracy? Inspired by Santino's notions of carnivals of grief in relationship to the shrines to Charlie Hebdo in the aftermath of the terror attacks, today's program will also address carnivalesque humor in carnival itself, as recently paraded in the streets of Cologne and Düsseldorf.


PART 3: PRELUDE Choreographer Andrea Bozic (invited by David Weber-Krebs) will be live streamed (from Kortrijk). She will explain exactly what her work is about and what will happen the next day, March 20, between 9:29 and 11:48.

Each student is managing one of the 10 chapters of Robert Bresson's Notes on Cinematography* (1950-1958): On Looks, On True and False, On Automatism, On Poverty, Sight and Hearing, Gestures and Words, The Real, On Fragmentation, Exercises. Learning these phrases by heart: eating them entirely. In return the phrases will be intersected with actual notes made during ARE YOU ALIVE OR NOT? lectures at the Rietveld Academie and at the Brakke Grond, forming a series of constantly updated performed text.

* Because you do not have to imitate like painters, sculptors, novelists, the appearance of persons and objects (machines do that for you), your creation or invention confines itself to the ties you knot between the various bits of reality caught. There is also the choice of the bits. Your flair decides.


Rana Hamadeh Can You Pull In An Actor With A Fishhook Or Tie Down His Tongue With A Rope?

The Shiite religious ceremony 'Ashoura' restages the battle of Karbala during which Imam Al Hussein (626–80 AD), the grandson of Prophet Mohammad and an allegorical reference to the figure of the oppressed, was killed. During the ten days of Ashoura, thousands of men, women and children take to the streets to re-enact / 're-witness' the historical battle. Looking at the configurations of power constituting the Syrian-Lebanese political weave, Rana Hamadeh’s sound play decodes the logics under which the Lebanese manifestations of Ashoura have transformed from their original role as a militant form of theatre towards their role today as a militarized form of theatre. The work asks whether it is at all possible to script Justice; to rehearse, orate, narrate, prop, weep, chant, choreograph, scenograph or even spectate justice? Departing from her sound play Can You Pull In An Actor With A Fishhook Or Tie Down His Tongue With A Rope? (2014-15), Hamadeh's first sketch for an opera-to-be will mark the beginning of a theatrical research aiming at schematizing new relations between the notions of justice, militarized capital and theatre.

As part of his presentation, writer and curator Theodor Ringborg will respond to and discuss Rana Hamadeh’s work. Ringborg’s main body of work regards a concept of secrecy, which is to say, an issue of the exposed and concealed, albeit not in binary opposition as in a task to differentiate the seen and unseen, visible and invisible, but rather as a problem that is situated neither here nor there. Drawing on Georg Simmel’s adage that “secrecy magnifies reality”, Ringborg relates to Derrida’s ‘abocular hypothesis’ and Deleuze and Guattari’s ‘becoming imperceptible’, and through themes such as teargas, masks and camouflage studies that which splinters the world between an apparent exterior and an oblique ulterior that in turn determines the exterior.

What is the difference between the carnivalesque and the ritualesque? How is the traditional traditional similar to public political manifestations? Folkorist Jack Santino will address these questions today, which are also part of his long-term research into festivity, the carnivalesque, and folk and popular public display. While in Paris for a scholarly conference last month, Santino was moved by the emotions expressed in the public memorializations of death he found in the spontaneous shrines Parisians created in the aftermath of the Charlie Hebdo killings, and began to photograph them. For Santino, these as ‘performative commemoratives,’ both memorialize the untimely deaths of individuals and focus spectators’ attention on public issues. The Charlie Hebdo shrines themselves may be viewed as ‘Carnivals of Grief.’ Not only are they a riot of signs and symbols, more importantly, they are disruptive—found on street corners and at Metro stops, they call attention to themselves and disrupt the flow of everyday life. All these events and displays – les manifs, carnival, spontaneous shrines – are anonymous, communal, and of the people. This is what democracy looks like.

In contradistinction with Claire Bishop’s proposition that art be looked at through the lens of theater, Claire Tancons will suggest that cultural representations and artistic interventions need being scrutinized through the kaleidoscopic prism of Carnival. Following summary presentations of her landmark essays on displays of carnivalesque sensibilities in Occupy Wall Street’s demonstrations, Pussy Riot’s Punk Protest, and Tahir Square’s Giant Puppets, Tancons will offer a critical reflection on the relationship between theatre and carnival, terror and humor in civic debates and the public sphere.

In this lecture, Florian Göttke will introduce the peculiar, age-old, and widespread genre of effigy burning as protest which, in recent years, has been increasingly visible in international and cross-cultural conflicts. Göttke will show how as the practice of burning effigies of political leaders and popular figures activates mechanisms of inclusion and exclusion, it is characterized by an ambivalent and uncomfortable mix of laughter and violence and brings up associations ranging from carnival revelry to vigilante justice.

Part 1 Can You Pull In An Actor With A Fishhook Or Tie Down His Tongue With A Rope? Sound Play by artist Rana Hamadeh

WARNING: The performance includes noisy elements and is therefore unsuitable for children or people with noise sensitivities.

**MASTERCLASS SESSIONS for Rietveld Students Esteemed guests of Are You Alive Or Not?, Claire Tancons (curator from New Orleans) and Dmitry Vilensky (member of the collective Chto Delat from Petersburg) will be leading two separate peripatetic sessions through the Rietveld Uncut exhibition, with a small group of students (maximum of 20). These conversational sessions will revolve around the students’ work as seen through the conceptual lens of the conference.

Each Masterclass addresses predominantly the Rietveld Uncut participants but it is also open to any student of the Rietveld Academie. Reservations can be made at the front desk during Thursday, Friday and Saturday afternoon. 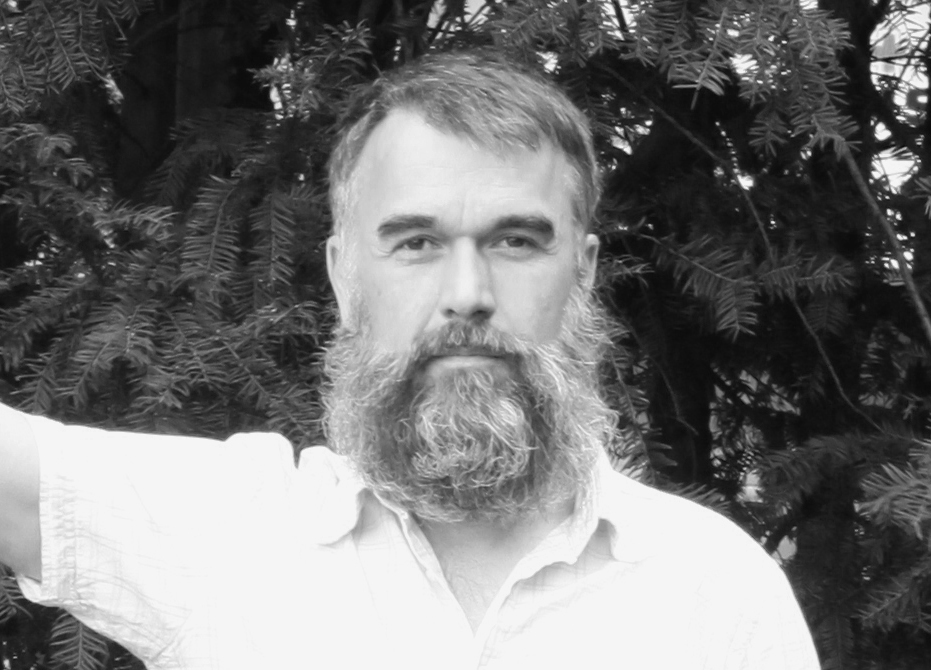 Florian Göttke is a visual artist and researcher based in Amsterdam. Göttke investigates the functioning of public images and their relationship to social memory and politics. His lecture and book Toppled about the fallen statues of Saddam Hussein, is a critical study of image practices of appropriation and manipulation in our contemporary media society. Toppled was nominated for the Dutch Doc Award for documentary photography in 2011. Currently Göttke is working on his PhD in Artistic Research entitled "Burning Images –performing effigies as political protest" at the University of Amsterdam and the Dutch Art Institute/MfA ArtEZ. 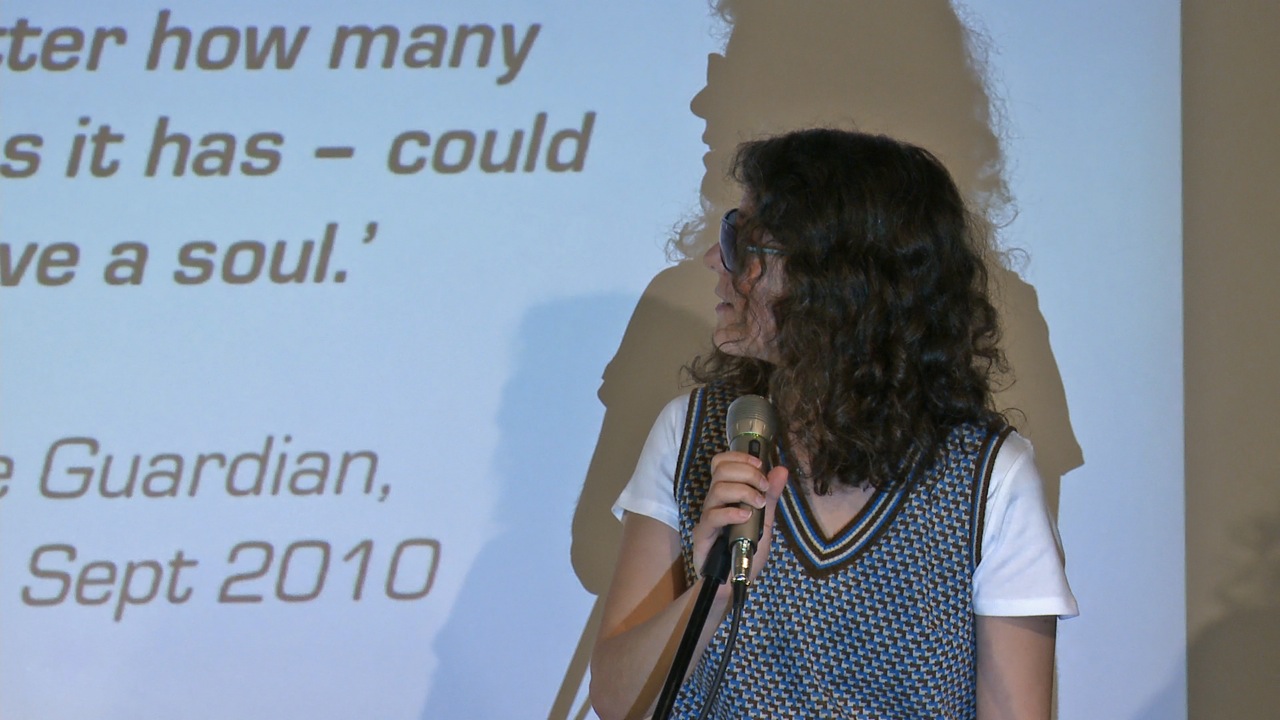 Rana Hamadeh is a performance and visual artist from Lebanon based in Rotterdam. Interested in a curatorial approach within her artistic practice, she works on long term discursive research projects that operate as umbrellas to growing series of performances, choreographic/cartographic works, installations as stage sets, and writing projects. Her work stems from an extended investigation into specific concepts and terms, treating the field of theory as fiction. Exhibitions of the past year include a.o. CCA Wattis Institute, EVA International, KIOSK (solo). She graduated cum laude in 2009 with an MFA from the Dutch Art Institute/ArtEZ, and is currently auditing within the Curatorial Knowledge PhD programme at Goldsmiths University, London.

Jack Santinois an academic folklorist, teacher, film director, editor and writer. New York after 9/11, roadside crosses, and the use of 'Day of the Dead' altars are among the topics Santino has written about and published in his book Shrines and the Public Memorialization of Death (2006). Santino's current research centers on celebrations and holidays and their cultural meaning, with a particular focus on Northern Ireland and the use of commemorative murals and other forms of expressive behavior as reflective of political, social, and cultural identity. 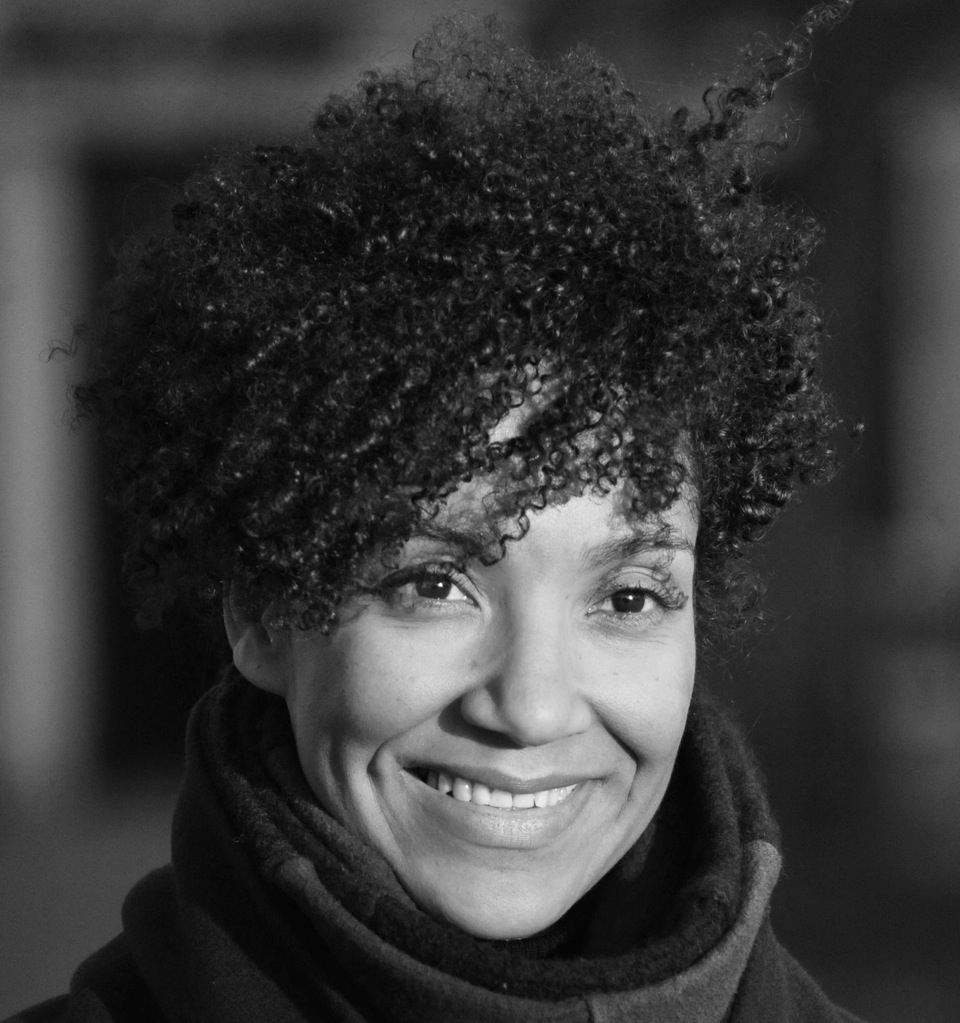 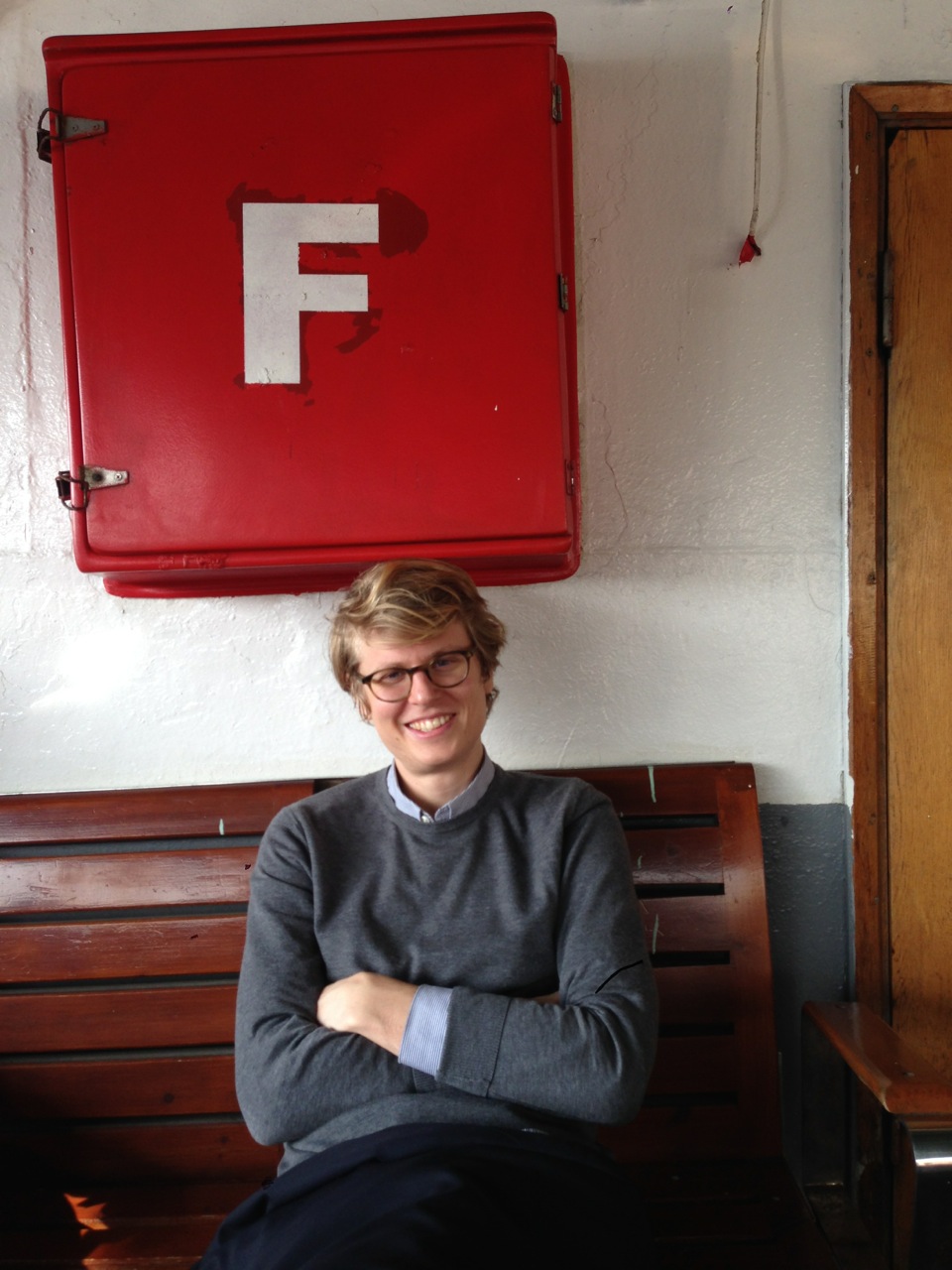 Theodor Ringborg is a writer, curator and Ph.D. candidate at C/K, Goldsmiths University, where he studies secrecy. He is currently based in Stockholm where he organizes exhibitions at the Royal Institute of Art, most recently The Most Photographed Barn in America and Poutrincourt's lecture-voice has gotten quieter and quieter as history's approached its contemporary limit. He has published in amongst other Cabinet Magazine, Artforum, Witte de With Review and Mousse Magazine and has organized exhibitions such as Fall Out: War and Conflict in the British Councils Collection at Whitechapel Gallery, Imagine Being Here Now the 6th Nordic Biennale and Art of Memory at Bonniers Konsthall.