Keywords: serate futuriste, participatory art, the discourse on the audience, the court, the mass, the contemporary take on political théâtre

“Dear Friends, or Enemies perhaps” - with those words Marinetti would address the spectators during the famous Serate futuriste. Dividing the audience into “free and slaves” or “intelligent and dumb”, the futurists blurred the conventional modes of spectatorship. Starting with a dialogue with Claire Bishop on those insolent attitudes anticipating the participatory art and the discourse on the audience, the day will unfold torwards the contemporary take on the political theater and the idea of performance combining the drama, the visual arts, and political militancy. The program will follow with: the Moscow Trials by Milo Rau, a re-enactment of the court trials against the curators of various censored exhibitions in Russia including Pussy Riot, commented by Ekaterina Degot; Brechtian strategies of St. Petersburg’s Chto Delat collective; notes on political performativity by Florian Malzacher; and a screening of Holy Mass by Artur Zmijewski – a re-enactement of a catholic ceremony on a theatre stage in Poland.

The first dialogue goes back to the starting point of Are you Alive or Not?, namely Claire Bishop’s book Artificial Hells, Participatory Art and the Politics of Spectatorship. A short conversation with its author will touch on the political dynamics of early theater interventions, the social engagement and the origins of participation traced in the Futurists’ attitudes. Although the first Black Square of Malevich was supposedly produced in 1915, marking the begining of Suprematism, there is yet another less known fact tracing its origins to 1913. It is then that first version of the square was drafted and tested as a theater curtain for the futurist opera The Victory over the Sun. The curtain today, as an obsolete element in most of the theaters and performance spaces, seems to enjoy its new appearance in the sphere of visual arts, such in the work of the French artist Dominique Gonzalez-Foerster, who in her series The Handkerchief's Opera, 2014 at the Manifesta 10, conceived a series of silk drapes, bringing back the black square on a fabric to the Hermitage museum. The curtain hybrid inspired by both Malevich’s drawings and Dominique Gonzalez-Foerster’s work and conceptualized by Rietvield Academy students Alina Lupu and Vitya Glushchenko will serve as a backdrop for the day.

In 2012, the members of the Russian group Pussy Riot were sentenced to two years’ imprisonment for offending religious feelings. Their performance and the accompanying show trial reflected the conservative turn in Russia that has been in operation for over a decade. Already in 2003, the exhibition Caution! Religion was forced to close, and in 2007 the show Forbidden Art met with the violent reactions and cancelled. Such attempts to silence and intimidate those who try to maintain some critical discourse and pluralism in Russia, also stem from the political pact between the Orthodox Church and the state. In this lecture and screening, Ekaterina Degot will contextualize the Moscow Trials and shed light on the ways in which the staged trial became a fascinating public debate that instead of taking place in the media, was delegated to the theatre sphere.


Florian MalzacherNot just a mirror. Some notes on a possible political theatre of today.

What is the core of theatre? It’s not limited to having the ability to mirror, criticize and challenge society, but is also able to take a form that is the expression of its time. There is – as Hannah Arendt has pointed out – a structural similarity between politics and theatre: Theatre is the artistic medium in which social and political procedures can be tried out, in which societies in their different variations can be played, performed, thought out, tested or even invented. It isn’t surprising that the crisis of political representation in the last few years was accompanied by an artistic crisis of the very bourgeois theatre model that still rules the stages all over the western world. How are we represented? How do we represent or present ourselves? This lecture focuses on artistic practices that create a space in which possible procedures of society can be tested, spanning from “experts of the everyday” (Rimini Protokoll) via theatre as a court (Milo Rau), as parliament (Jonas Staal) or as game show (Kretakör) leading to the post-Brechtian strategies of Chto Delat.

The Holy Mass was a theater event in which Zmijewski staged a catholic mass in a Warsaw theater. A ritual that serves the Catholic community was re-performed in a place that serves the secular community, however keeping the same seriousness, solemnity and set of rules. Most Poles have been raised as Catholics and all the performativity resulting from assisting at the religious ceremonies is deeply rooted, if not trained, in the memory of their bodies. The Holy Mass became both a canny criticism of the Church and its symbolic position in Poland, expressed with the ‘words of Jesus’; as well as the ritual of the last common belief of a certain non-community, a belief in art.

The famous collective Chto delat? (What is to Be Done?) was founded in 2003 in St Petersburg by a group of artists, critics, philosophers and writers from St Petersburg, Moscow and Nizhniy Novgorod. In their performances, actions, films and publications, the workgroup combines political theory with art. The dialogue between Dimitri Vilenski and Florian Malzacher will take the form of a watch-and-talk retrospective of Chto Delat?’s theater pieces and performative experiments, based on the video extracts from their interventions, which will be commented and questioned in a ping-pong conversation. For several years, the collective has also functioned in a theater context, mainly through their work with Bertold Brecht’s legacy and particularly Lehrstücke (learning-plays).

**MASTERCLASS SESSIONS for Rietveld Students Each Masterclass addresses predominantly the Rietveld Uncut participants but it is also open to any student of the Rietveld Academie. Reservations for Saturday, March 21 with Dmitry Vilensky 17.15 - 18.30 (2 bits) can be made at the front desk. 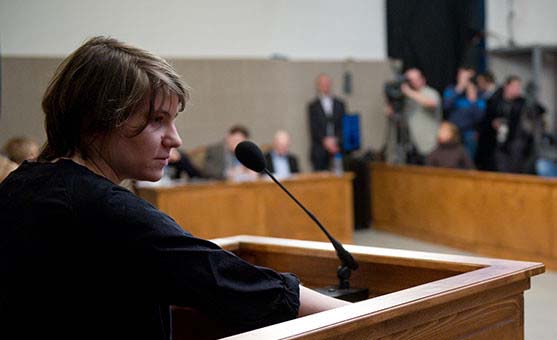 Milo Rau is a Swiss director and journalist, who in 2007 founded The International Institute of Political Murder (IIPM). In his work, he often makes use of the form of re-enactment of historical events, implemented in such works as The Last Days of the Ceauşescus (2009) and Hate Radio (2012). Currently he is preparing the Congo Trials. The German weekly Der Freitag called him “the most controversial theatre director of his generation.” 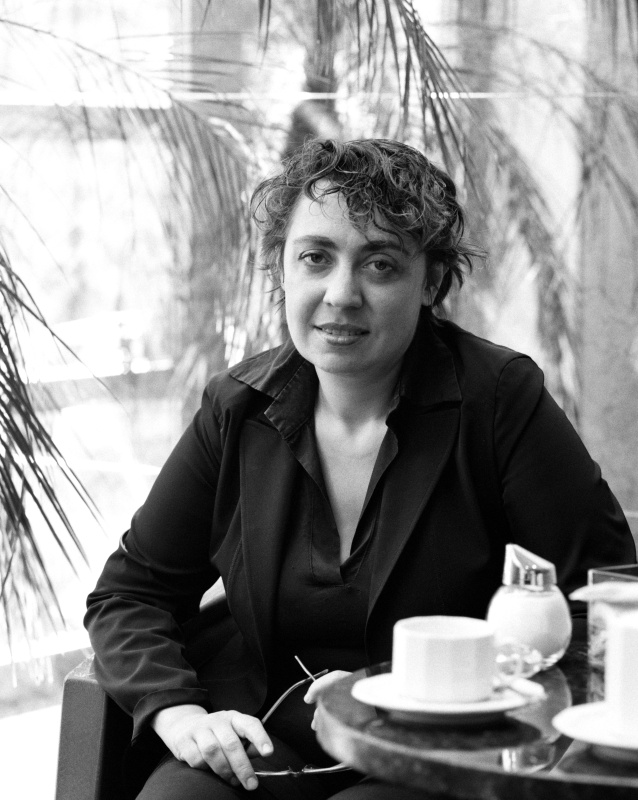 Ekaterina Degot is an art writer and curator, artistic director at the Academy of Arts of the World in Cologne, and professor at the Rodchenko Moscow School of Photography. Her resent curatorial projects include: What Did the Artist Mean by That?, Moscow Museum of Modern Art, 2014 (with Yuri Albert), Monday Begins on Saturday, First Bergen Assembly, Bergen, Norway, 2013 (with David Riff). She co-edited Post-Post-Soviet?: Art, Politics and Society in Russia at the Turn of the Decade (Chicago University press, 2013). 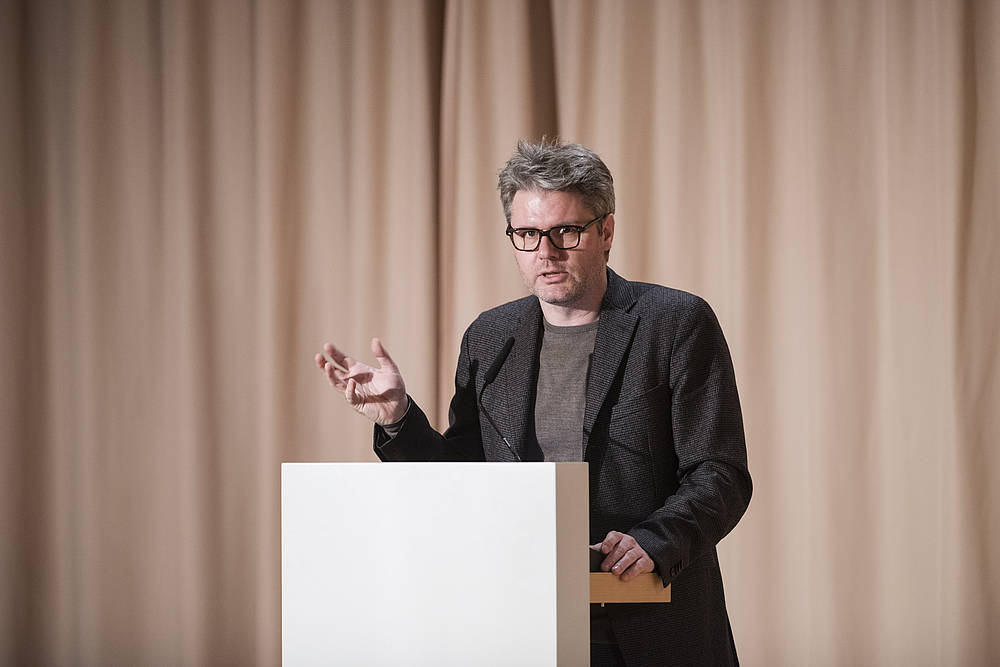 Florian Malzacher is an independent curator, dramaturge, writer, and Artistic Director of Impulse Theater Festival in Germany. As a dramaturge he worked with Rimini Protokoll, Lola Arias, Mariano Pensotti & Nature Theater of Oklahoma. His publications include books on Forced Entertainment and Rimini Protokoll; the artist Yael Bartana; curating performing arts, as well as Truth is Concrete. A Handbook for Artistic Strategies in Real Politics (co-ed. steirischer herbst, Sternberg Press 2014). 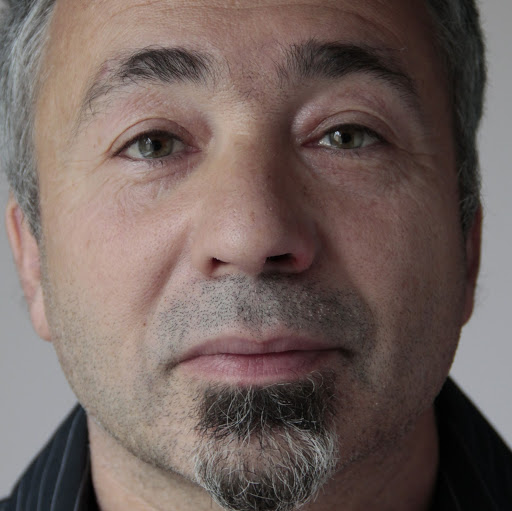 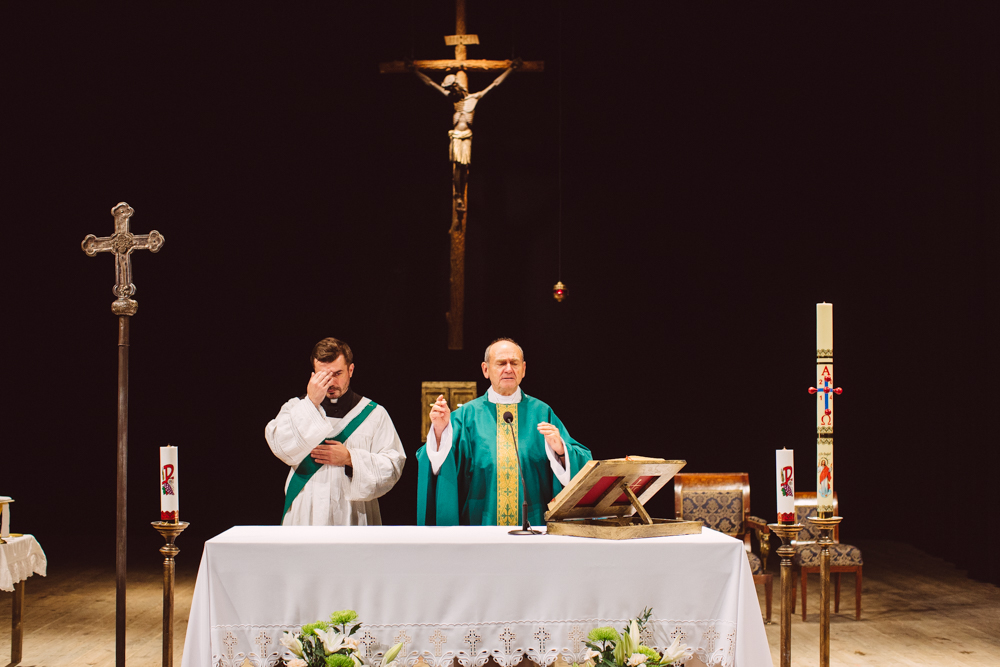 Artur Zmijewski is an acclaimed Polish visual artist who investigates social norms by often arranging conflict situations or adapting the strategies of political action. His work frequently explores long-term trauma caused by historical and sociopolitical events and the unveiling of the “dominant state of mind”, widely held popular beliefs and attitudes that shape “common reality”. He exhibits and works worldwide, and is artistic director of the magazine Krytyka Polityczna in Warsaw. 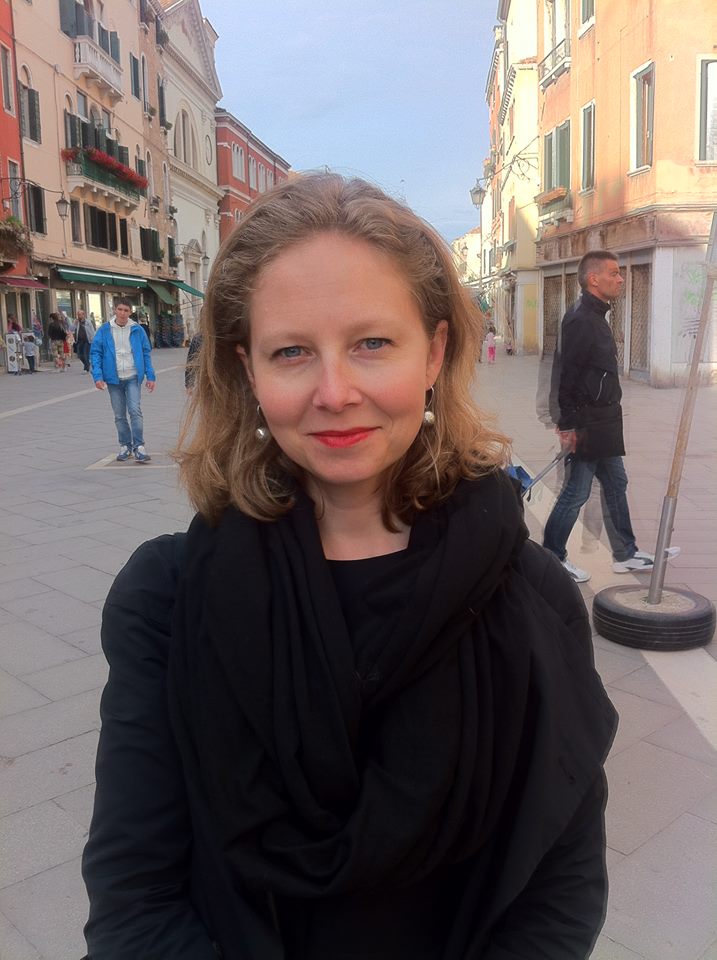 Joanna Warsza is a curator on the cusp of the performing and visual arts. Based in Berlin and Warsaw, she works mostly in the public realm. She was associate curator of the 7th Berlin Biennale (2012) and curated the Georgian Pavilion at the 2013 Venice Biennale. Warsza most recently curated the Public Program for Manifesta 10 in St. Petersburg (2014), which recalled Soviet legacies and took an open stance against Putin’s Russia through politically charged interventions in “public” spaces. She is head of curatorLab at konstfack, Sweden